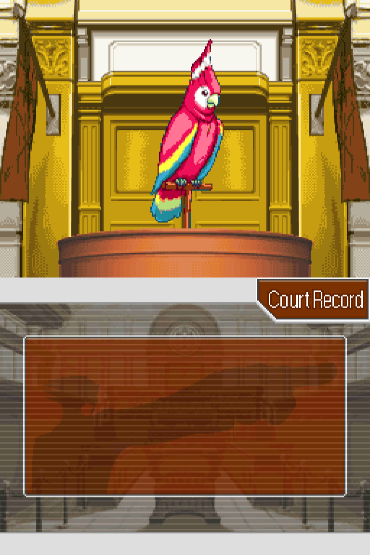 I have heard about Phoenix Wright since his first game came out for Game Boy Advance. Unfortunately, I was in college at the time and had largely stopped buying new games.

I’m glad I went back and played this, as it seems like a new genre to me–something between interactive stories like Choose Your Own Adventure and point and click strategy games in the King’s Quest vein.

The cases were all well written although somewhat contrived, and I enjoyed how the clues and investigation were internally consistent. There weren’t a lot of places where you have to make a big leap in intuition (although there were a few). The game transitions between investigative portions and courtroom scenes, mixing up the action and keeping it fresh.

From a game design perspective, some of the choices regarding how the game works were interesting. For example, investigation played a large role in the game, and I don’t have the impression that it is really in the purview of a defense attorney (I could be wrong). Still, it seems to be included to make the game more entertaining, and it works. I suppose I make this point because I think if I were to design a game around being an attorney, I might get caught up in procedural elements (as if it was a simulation), while this game eschews that accuracy for engrossing play. I suppose that is also true in many other games, but I thought it especially notable in this domain, since there are so many rules governing how things work.

If you’re interested in trying it now, it’s available for iOS. You can play an initial case, and buy the rest of the content via IAP. I got about 15-20 hours out of this game, so the price is well worth it. 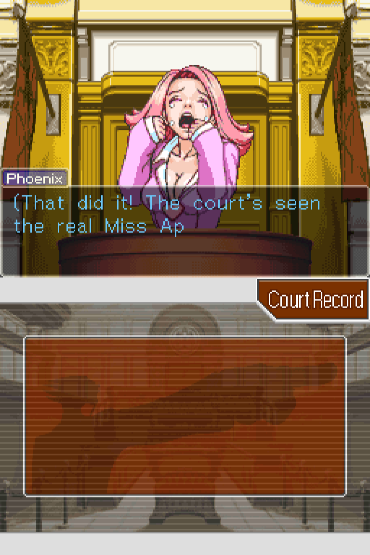