Creating a Custom View and Cocoapod

For a project I am working on, I wanted a custom view. This view needs to display text in a fixed-width, lining up characters into columns. I describe steps to create that view, and then package it as a Cocoapod for distribution.

Here’s a sample of the intended result: 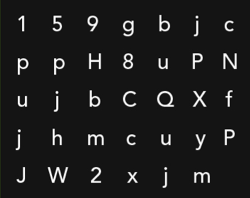 To do this, I decided that the custom view should have a property called text (the same as a UILabel), which would supply the text. The view would break up the string into characters and render those using manual spacing. This was implemented before the first commit (3957e4e).

Having gotten something that kind of worked, I added properties textFont and textColor. I decided that the spacing should be automatic, so I obtain the width of a particularly wide character “W”, and scale it by a factor to obtain the amount of spacing between each character. 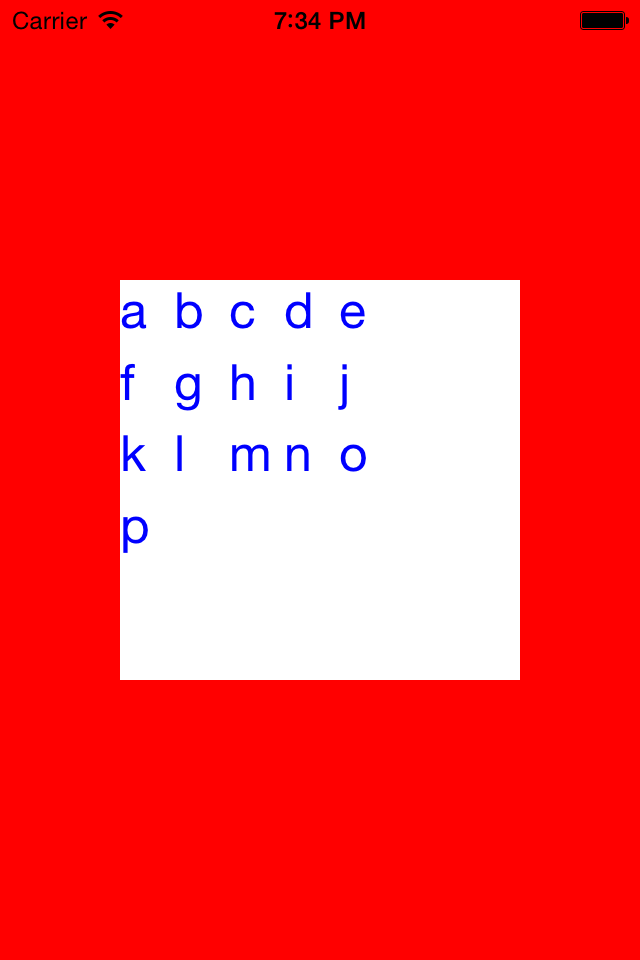 Since we’re displaying text, it would be nice to be able to copy it. I decided that I would only support copy and not selection, mostly because for my purposes the text displayed is one contiguous block. (I realize this is a bit short-sighted.)

You can find the implementation of the copy functionality in commit a26ee00. There are basically three things that need to be done:

Cocoapods provide a really simple way to manage dependencies. Whenever I interview iOS developers, I give them a big plus when they know and use it. I’ll be listing the things that need to be done

To create the structure, you can just use pod lib create [pod name] at the command-line, after you have installed Cocoapods. In my case, since I had already created and pushed up code to a git repository, I moved all that code to an old branch, and then pushed the pod skeleton up as master using the --force flag.

I copied the the view header and code into the project structure under Pod/Classes/. Next, in my example project directory, I ran pod install to load the new dependencies. Finally, I updated the example project to use the custom view.

Since I only have a custom view, I wanted to use FBSnapshotTestCase for testing. It validates tests by visually comparing the view to a pre-existing screenshot of the view.

When you run the skeleton creation, it creates a .travis.yml file for you. All I had to do to get it working was to uncomment the before_install line.

Then I went to travisci.org, and turned on the corresponding Github project to enable CI.

In order to push your cocoapod, it needs to validate. You can use pod lib lint to make sure things are okay.